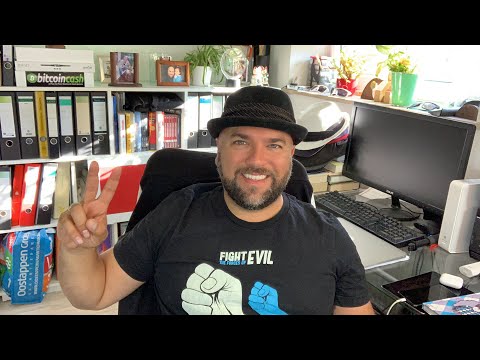 Summary:
Event site: https://www.ri2020.io/
Event date: May 18th, 2020
P-PREP Commitment Date: April 30th, 2020
Telegram: u/markusreisner
We believe we have a strong proposition to market ICON in a meaningful way to some of the largest communities in crypto.
The MouseBelt team has the largest global network of over 100+ universities in 20+ countries. Over the last few months, 10+ university blockchain events we were working with got canceled for obvious reasons.
Due to that fact, and our understanding of our reach we decided to launch a virtual conference. Since April 10th here is what happened:
MouseBelt will invest over $70k+ into this event. We would like to have fellow P-Reps invest $20k (this will go 100% to BlockTV production cost).
The benefit to the ICON community will be:
Background:
MouseBelt is a popular blockchain ecosystem consisting of multiple parts:
MouseBelt as ICON developers:
Our engineering team has implemented token assets on ZenSports (SPORTS), the first STO on the ICON network, and GrowYourBase, the #1 IRC2 application token in market capitalization on the ICON network.
Currently, we are developing the Balanced network in concert with ICX_Station, PARROT9, and Iconosphere. Balanced will bring synthetic assets backed by ICX to the ICON network, as well as tokenized staked ICX. This can assist with both a stable asset for payments, and a base for other DeFi applications
MouseBelt as a P-Rep:
We have been a Main P-Rep most of the time since decentralization of the network and so far had utilized our funds for student education.
Such as the “ICON in a box” workshops and the Milwaukee Blockchain Conference, which we sponsored in a direct ICX payment and the second annual payment for UCLA’s blockchain engineering course.
REIMAGINE2020, Conference details:
Conferences have always been an integral part of the blockchain space to promote projects in the industry.
With recent evolutions around the globe, things have changed. They either got canceled or delayed.
We have created REIMAGINE2020, a virtual conference.
Shared by the ICON Foundation on April 18.
We can effectively and efficiently promote ICON to the world through Reiamgine2020 | BlockTV. The driving force behind the conference is: highest quality of Content matched with the best production quality for Video. The funds will allow MouseBelt to promote ICON logo/branding throughout the conference/programming for straight 72 hr of live streaming. Additionally, we have the opportunity to properly place ICON logo/branding in highly favorable on-screen placements (tickers/commercials/plugs and continuous branding) reaching 5M viewers globally. ICX Station is providing a Keynote to drive global interest.
Confirmed partners
Schedule & Format
Production Status
Audience
In addition to the communities of our confirmed partners and universities we are targeting:
1. Viewers - Tuning into the livestream, attending a workshop, or watching the content post-conference.
2. Participants - Speakers, partners, and sponsors
3. As far as hard data for "attendees" we have two signals:

SLP208 Peter Schiff Bitcoin or Gold? Does money need a non-monetary use? Will the government return to a gold standard? Are we doomed to repeat the same cycle of fiat money? Peter Schiff, CEO Euro Pacific Capital, chairman of Schiff Gold, and host of Schiff Radio joins me to discuss. Peter links: Twitter: @PeterSchiff Schiff Radio: schiffradio.com Euro Pac: europac.com Sponsors: Swan Bitcoin ... Binance; Kraken; Lead Generation! (+600% Your List) Posted on July 16, 2020 by BGC Admin. Peter Schiff’s Bitcoin Hack Comment Invites Ridicule. Euro Pacific Capital CEO, Peter Schiff’s comment suggesting Bitcoin might be the next target following a hack of multiple VIP Twitter accounts has been ridiculed by bitcoiners. Seemingly relishing the prospect of a bitcoin hack, Schiff a gold bug ... The end of the bitcoin party might just come at gold’s hand – this according to well known gold supporter Peter Schiff, CEO of Euro Pacific Capital. While many experts suggest that gold and bitcoin move in tandem, Schiff said it is absolute nonsense. “If you are in bitcoin the last thing you want toMore Bitcoin will make Peter Schiff’s gold arguments redundant if there is just a 1% chance it will succeed, Anthony Pompliano has told mainstream media.‘You will be kicking yourself forever’ In a hotly-awaited debate with gold bug Schiff on CNBC Africa July 31, the Morgan Creek Digital co-founder took the opportunity to talk about a Bitcoin future. Bitcoin loses to gold when it comes to how easy it is to transport and confiscate, says Peter Schiff.In a tweet on July 29, the gold bug and infamous Bitcoin skeptic claimed that it was easier to move and preserve ownership of the precious metal.. Gold is “absolutely transportable” “Gold is absolutely transportable and harder to confiscate than Bitcoin,” Schiff wrote. Peter Schiff, founder of the SchiffGold precious metals brokerage, has caused controversy among crypto enthusiasts after claiming that Bitcoin as a monetary system is broken. Schiff tweeted on Sunday that he has lost all his Bitcoin as his crypto wallet is "corrupted". Schiff claims his BTC is now intrinsically worthless and has no market value. However, the real blow to the Bitcoin community ... In his new blog post, Bitcoin (BCH) developer Jimmy Song has meticulously dissected the argument that the entire set of SHA-256 mining will be affected by the Bitcoin Cash (BCH) tax proposal.. Earlier this week, Jiang Zhuoer, the CEO of BTC.TOP, proposed a new Bitcoin Cash soft fork that would impose a 12.5 percent tax on BCH miners and allocate money to a development fund that will be used to ... Peter Schiff is back at it again. Source Bitcoin (BTC) will make Peter Schiff’s gold arguments redundant if there is just a 1% chance it will succeed, Anthony Pompliano has told mainstream media. ‘You will be kicking yourself forever ... On Jan. 19, famous crypto skeptic and gold bug Peter Schiff claimed on Twitter that he has lost access to his Bitcoin wallet and that his password is no longer valid. Schiff added that his BTC is now intrinsically worthless and has no market value. He also added that: “I knew owning Bitcoin was a […]

PROOF: They Are Lying To You About Bitcoin! Peter Schiff Owns Bitcoin. Wall Street Buying.